Iowa City Owl Iowa City News - Local Stories
Nov 11, 12 at 8:16pm | Nicole Fulmer
Iowa City has an independent horror movie in the process, and they are asking for donations to help fund it.

Two local movie makers, Travis Drahozal and Jordan Kessler, have a movie in mind and are asking for assistance in funding the project.

The movie is a horror movie with real inspiration right from Iowa City.

The inspiration for the movie lies right in Oakland Cemetery in Iowa City: Feldwert Monument, also called the Black Angel statue. The statue is literally a 9 1/2-foot tall black angel created in the arly 20th century. 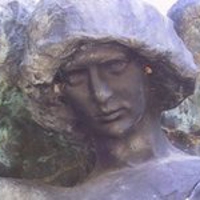 The movie will be about film makers creating a documentary about the statue masked by a fictional horror narrative. They are playing on the imaginations of the people that are in the area.

The movie will be easy, according to the film makers, because there are many local legends already attached to the statue. Some of these legends include illnesses, miscarriages, and other horrific stories. These will be applied to the movie.

Five actors from Iowa will play in the movie. It is to be a low-budget film in the trend of the very popular "Paranormal Activity" movies.

The goal of the movie is to really scare people because, as Drahozal said, it is very tough to find scary movies these days that are actually frightening.

The two movie makers are asking for help from locals in funding their project, which is to be completed this month.

If you want to donate to the project, visit www.blackangelmovie.com.
Please login to post.