Bag Ban Not Looking Up in Iowa City

Iowa City Owl Iowa City News - Local Stories
Dec 06, 12 at 8:10pm | Nicole Fulmer
According to a recent article on the Iowa City Patch website, the issue of banning plastic bags is not looking so good to the City Council even though the community largely supports a legislation.

The City Council of Iowa City received advice from other city staff on the topic of a potential plastic bag ban in the city and as a result, have expressed a lack of interest in passing any legislation to ban plastic bag use. 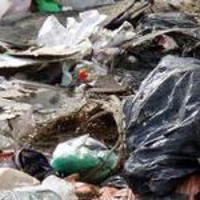 After discussing the issue with city staff, the City Council realized it is much more difficult than they predicted and don't feel it would be worth it to pass any laws.

The businesses in Iowa City would be at a major disadvantage not being allowed to offer plastic bags for people that want to use them, and the City Council thought that would be unfair to the businesses.

The community has pushed for a ban on the use of plastic bags recently in a movement led by a local group of elderly women that are concerned for the environment.

The City Council is more interested in encouraging more recycling options for people instead of passing legislation regarding plastic bag use.

They will instead move to encourage the use of canvas bags and educate people about how they can recycle plastic bags, which they believe will be much more effective.

There is also a discussion coming up occasionally about using plastic bags in trash conversion for ethanol processing, but he issue is still in its research stages.
Please login to post.