Iowa City Owl Iowa City News - Local Stories
Oct 07, 11 at 4:01pm | Ryan Kopf
Comedy Central has been bringing rising comedians to campuses across the country as part of their fifth college tour, and Iowa City is included this year. This evening at the IMU, the University's Campus Activities Board presents Jermaine Fowler, Rory Scovel, and Nick Thune starting at 10pm. Jermaine Fowler has opened for Tosh.0 and has been in Knocked Up. 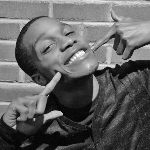 Admission costs $5 per person, and the event will last about two hours.

Other events include a screening of the Help at the Bijou Theater at 10pm, and a university lecture by Comic Artist and Journalist Joe Sacco. Joe Sacco is a Maltese citizen currently residing in Portland, OR where he makes his living as a cartoonist and journalist. The Help opened to positive reviews and became a box office success with a gross of $166.8 million against its budget of $25 million.
Please login to post.